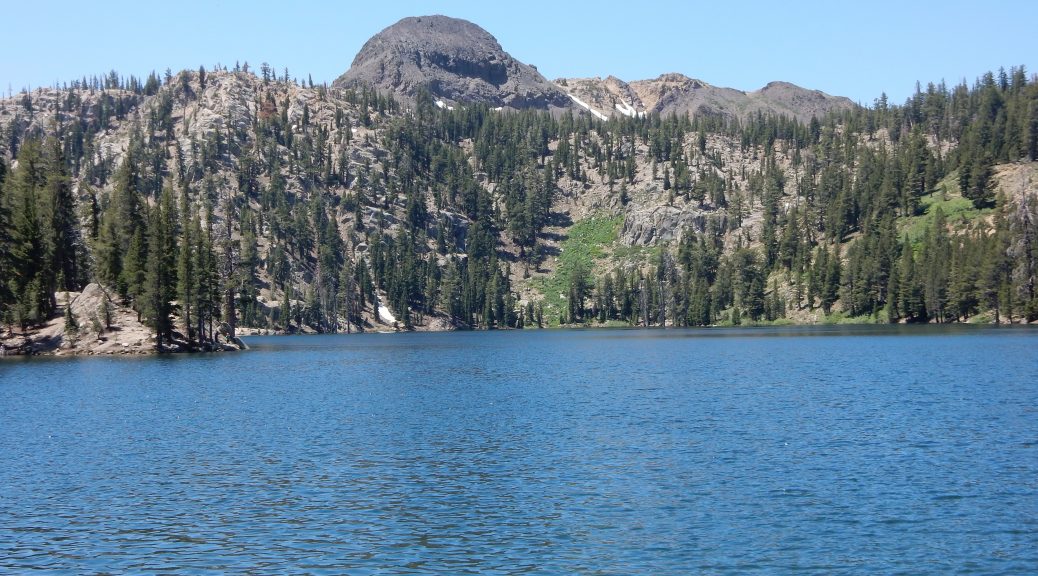 After two days of celebrating Redbeard’s life with his friends, it’s time to point the Nightowl back east the head for home.

Which way to go?

The easy answer is east. My home in Michigan is, after all, east of California, but route decisions usually mean selecting specific features and tying them together. For the trip westward, I was committed to taking Redbeard’s common US50-based route. Now that I’m one my way home, I’m selecting for myself, but I’m finding that I have two problems:

So, the question remains: which way to go? The good news is that I can spread this decision out over several days and just commit to a single day at a time.

Some conditions are necessary for success. I’ll probably try to get to somewhere on the Mississippi River for the end my his coming Saturday, because that allows me to have a easy direct slab-based day to end the trip on Sunday. It also opens up the opportunity to have that Saturday evening be in Davenport, Iowa, which means dinner at the Machine Shed and a Bloody Mary with a huge slab of bacon sticking out of it. Working backwards, that probably means ending the preceding Friday’s ride somewhere at the eastern slope of the Rockies.

For today, I just want to get over the Sierra Nevada’s and into Nevada. I’d never ridden the Ebbets Pass route on California Highway 4, and I’ve heard that it’s probably the most technical pass over this range, so I set a course for CA4.

I was awake shortly after 7am, but I had a camp to strike, clothes to pack, a bike to load, a breakfast to eat, and a bunch of friends to say goodbye to. While all of these tasks went smoothly, it still took time, resulting in a near-10am departure.

It was going to be yet another hot day, with forecast highs in the valley up over 100º F (37º C). I was hoping to avoid must of that heat by being in the mountains much of the day.

I made my way to California Highway 49, which is the main drag along the start of the Sierra Nevada foothills. I needed CA49 to take me south so I could pick up CA4 over the mountains. Naturally, CA49 was busy, even on a Sunday morning. I passed a few cars, but mostly allowed traffic to carry me down the Angel’s Camp, where I turned east on CA4.

I’d traveled this route up CA4 back in 2019 to visit Big Trees State Park (see that day’s report), but that trip stopped about 1/3rd of the way through the pass.

As promised by my host, the further climb up the mountain eventually resulted in the highway become in a glorified paved forest road, much narrower and with no painted lines (side or center). It was still plenty wide or a motorcycle, but it could get a bit crowded when a pickup pulling a small RV (full sized RVs are seriously discouraged) comes around a blind curve taking it’s half out of the middle.

The speed limit for this stretch was 15 MPH, so none of the curves had posted speed limits since you shouldn’t be going any faster than the posted 15MPH. To enjoy a spirited ride, I was required to be fairly cautious and peer around curves because I never knew when the nex curve would be a 24% downgrade switchback.

Unlike some of the other passes over the Sierra Nevadas, the Ebbets Pass route on CA4 doesn’t have many commanding vista views of the surrounding mountains. The primary reason for this is that it’s heavily forested. The other reasons is that the road is, by necessity, rather narrow and there weren’t many opportunities for a parking area for an overlook.

Still, the scenery that I could see was spectacular. I was surprised that there were so many lakes/ponds at the higher altitudes, including a small lake at the summit of Ebbets Pass.

Unfortunately, when I pulled away from the photo opportunity, I forgot to fasten my hydration hose to my jacket and it got caught up in the rear wheel, pulling off the bite valve from the hydration pack. By the time I realized it, all my water had drained out.

Now I need to find a pack of extra bite valves, and there isn’t exactly going to be a camping super-store in my near future.

Down the east side of CA4, there’s another road, CA89, that climbs over Monitor Pass on its way to US395. I’d intended to ride this road back in the fall of 2013 on the way home from Redbeard’s SNIFF party with Yo Adrian. We ended up turning back because the higher-elevations of CA89 required snow chains too be passible. Not having snow chains on our bikes, we had to backtrack a good hour out of our way to get around the weather.

This time, however, there was no snow to throw a wrench in my plans. In fact, the high elevation was an advantage today since it would be cooler up in the pass.

Monitor Pass and the previous Ebbets Pass couldn’t have been much different. Monitor was dryer, more sparsely forested, and afforded more impressive views.

The road was still challenging and fun to ride. It was also devoid of oversized RVs, so the pace was generally good. When the pace wasn’t so good, there were sufficient sight lines to afford some passing.

Down on US395, I was encountering more civilization, which meant I needed to I check whatever sporting goods stores I could find for bite valves, but nobody had what I needed. I may need to limp home with no bite valve at the end of the hose. In a pinch, I an use the locking forceps in my toolkit to clamp the hose shut when I’m not drinking from it.

Just south of Mono Lake, I turned east on CA120, a veritable roller coaster of a road where the game is, Do you have the balls to stay on cruise control over blind drop offs where you can’t see if you’re going to catch air or hit a free range cow on the other side. It can be fun, but a little nerve wracking too. Towards the east portion of CA120, near the Nevada border, it was getting hot with the temperatures back over 100º F again.

Afternoon turning east on US6, I had originally had aspirations to take the long way to Tonopah, Nevada by cutting south on Nevada highway 274 through a valley and then east to pick up US95 south of Tonopah. This variation would have added 100 miles to the length of the day’s ride, but I was already medium-rare by the time I reached the US6/NV274 intersection. I wimped out and went directly to Tonopah on US6, which is probably best since the last 40 miles to Tonopah had the highest temperatures of the day, cresting the 104º F mark.

Shortly after my decision to forgo the extra 100 mile valley tour in Nevada, I stopped briefly under the shade of a roadside tree to look at hotels in Tonopah and make a reservation. I’d picked a hostel-style motel, which means I have a room with a bed, but share a kitchen and bath with the other seven rooms in that building. Coincidently, this relatively new hostel is a part of the Mizpah Hotel, which is an old landmark property from back in the boomtown days of Tonopah. So, while I do need to share a bath with other lodger(s?) (I’ve only see one other so far), I do have full access to the Mizpah’s restaurant, bar, and WiFi.

I arrived, checked in, unpacked, and made my way back to the Mizpah (literally across the street) for dinner at their Pittman Cafe. I had a juicy cheeseburger on a raft of sourdough and some garlic waffle fries. The burger was so juicy I was wondering if the dish came with a free shower. The fries were so yummy I assumed that they constituted my USDA suggested caloric intake for the next several days.

With dinner out of the way, I moved out into the lobby, along side the long bar, and sat in one of the many plush antique lobby chairs and started composing today’s report.

A few scenes from the day’s ride.

The plan, if you an call it that, is still fluid. I’ll probably take the ET Highway over through Caliente, Nevada and on into southwestern Utah. From there, I could go northeast past Bryce and Escalante towards Torrey (which I love, but I’ve done it a lot. Alternatively, I could head southeast towards Zion and Kanab on my way to Monument Valley. <shrug> I’ll do something.