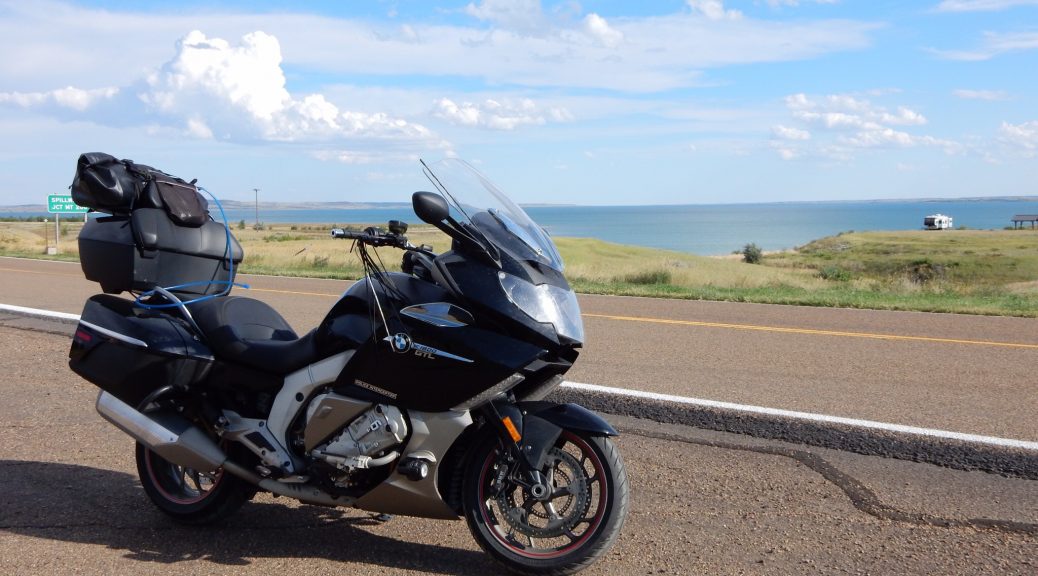 The number for today is “2”. Specifically, US highway number 2 or US2 for short. Crossing the Great Plains on this US highway yields vast horizons of farmland, broken up by the an occasional line of trees or a gulch-cut river valley. It is a route that leaves you plenty of time to contemplate not only the scenery but why people came here in the first place.

The Homestead Act (really, acts; it was altered three times) of the late 1800s was primarily designed to get more people out west. Get some “free” (not really) land, farm it for the required number of years (started at five and went down from there), and eventually you get the opportunity to grow your parcel into a larger chunk of land. Unfortunately, the promotional efforts surrounding the Homestead Act weren’t very forthcoming and, in the case of the northern regions of what is now North Dakota and Montana, blatantly ignored the harsh realities of the regional climate. Northern winters were notoriously windy and cold and some summer’s there might not be any rain at all.

Still, people need dreams and, to some, this one sounded like the most likely to come true. One industrious individual who had no intention of getting a homestead for himself, James J. Hill, saw the Homestead Act as a huge opportunity. People would need to get themselves, their belongings, their farming equipment, etc. transported to these remote regions and, even better, they would also need their crops transported back to the consumers on the east and west coasts. Hill’s business, the Great Northern railroad, invested millions to build a rail line from St. Paul, MN all the way out to Seattle, WA. It was dubbed the “Hi-Line” because it traversed the northern reaches the of the northernmost territories in the United States, one one-degree below the 49th parallel that defined the border between the US and Canada.

Nearly 50 years later, as the automobile became ubiquitous enough to justified cross-country ribbons of roadway, US2 was constructed from St. Ignace, MI to Seattle, WA and much of it parallels the old Great Northern Hi-Line. As a company, the Great Northern eventually merged with other railroads to become the Burlington Northern and, after another merger, today it still exists as the Burlington Northern Santa Fe (BNSF). The original Hi-Line rail route still exists today and is traveled nearly constantly by BNSF trains carrying intermodal cargo, grain, coal, lumber products and ore. While some of the towns along the Hi-Line and US2 grew over time, many aren’t much larger than they were before US2 existed.

While the term “Hi-Line” originally described the entire St. Paul-to-Seattle rail route, over time it has been most closely associated with the string of small farming communities along its route in Montana from the eastern border with North Dakota west to the Rocky Mountains.

It is this region that I ventured into today.

By some miracle of serendipity, I managed to get on the road before noon today. This is saying something since I arrived in Devils Lake late the evening before and proceeded to stay up late writing a blog post. After breakfast and a shower, I had one further task to attend to before leaving. I had to remove the insect graveyard that had formed on the front of the Nightowl the night before.

This task demanded several trash-them-when-you’re-done rags from the hotel staff, lots of hot water, and no small amount of, well, yuck. With a clean windshield, I could begin the day’s journey.

Most of US2 in North Dakota is a four-lane highway. It may not be limited-access like a your typical Interstate superslab, but in these remote regions it does come with the nice high speed limit. The cruise control was dialed in at 80mph (130kph) and the miles rolled by.

A bit east of Minot, ND I encountered another BMW motorcycle on the road. This wouldn’t have been all that noteworthy except for two things:

To be that far away from home with no baggage at all seemed a bit incongruous. I mean, no change of underwear? Are you cleaning your clothing in the hotel sink every night like Jack Reacher? We didn’t speak, so it will have to remain a mystery.

West of Minot you’ll begin to notice a change in scenery. The never ending farmland is still there, but it’s polka dotted with oil pumps, oil tanks, and oil drilling equipment suppliers. The traffic on US2 gets busier and seems overpopulated with dualie pickup trucks filled with men in hard hats varied hardware nearly falling out of the cargo bed.

Once oil was discovered in this region, there has been a steady influx of more and more workers to get the oil out of the ground and new supporting infrastructure to ensure that these workers have plenty of places to eat, drink, party, buy cars, etc.

The one piece of the puzzle that didn’t seemingly appear out of nowhere is housing. For the first year or two of the oil boom in this area, you couldn’t get a hotel room and the rooms that were available were ridiculously expensive. That pesky law of supply and demand rears its ugly head again. I hadn’t been through this area since the first year of the oil boom and now there are new housing developments all over the place. The ones that most impressed me are the enterprising folks who bought a chunk of some farmer’s field, dug a well, installed a water tower, dug a drain field, and then carted in about 40 double-wide mobile homes.

I’d love to know what they get for rents.

Someday, I fear the oil boom will end and all the new hotels and restaurants in places like Williston, ND will fall on hard times and, no doubt, eventually lie vacant. At least the insta-housing mobile home complex could be picked up and moved somewhere else. <shrug> Or maybe not. Perhaps it, too, will simply be abandoned when the oil dries up.

Rain but no Rainsuit

The day started with very pleasant temperatures, blue skies, and a picturesque smattering of puffy white clouds. By the time I was eating lunch in Williston, ND, at least one of those clouds was leaking a bit. Williston is on the northern slope of a broad valley. In town, it was sunny. On the south end of the valley, there was one big cloud, seemingly stationary, showering visible sheets of rain on the landscape. It was uncanny that in the time it took for me to gas up, dine, send a few emails, etc., this one cloud didn’t move a muscle. Weird.

Further west, however, there were more frequent rain clouds and these tended to move into my path. None of them were very big and the rain they provided wasn’t very heavy. As the day warmed a bit, it was actually nice to get a cool down shower, especially since I still had a few hundred miles to cover and I knew there was bright sunshine on the other end of the rain.

As a result, I lost count of how many rain showers I rode through today, and I still ended the day perfectly dry, having never stopped to don the rain suit.

Pulling into Nashua, MT I noted the sign for the junction between US2 and MT117. I remembered that back in 1997 on my way out west for the first Sun Run, I turned on this state highway to go take a look at the Fort Peck dam and reservoir, which was located a mere 13 miles (24km) to the south.

I turned south, crossed a badly uneven railroad grade crossing, and headed south out of Nashua. That’s when I saw the “Road construction next 12 miles” sign.

Well, maybe it won’t be too bad.

Then the pavement ended.

Then the traffic stopped at a makeshift stoplight so we could wait for a pilot car. Arrrgh!

The gravel on the road varied from tightly packed to freshly graded (read: loose). As much as I love the Nightowl, it is not a dirt bike. After about four miles of this crap I considered turning around but the prospect of doing a u-turn on loose gravel and soft sand did not make me feel very good. Besides, it can’t go on like this forever, can it?

The post-apocalyptic road conditions continued all the way to the road traversing the top of the Fort Peck dam. The Fort Peck dam, by the way, isn’t a grand engineering wonder like the Hoover Dam. It’s a big pile of nicely shaped dirt. <chuckle> I’m not sure it was worth it, especially since I’m sure that my new tires lost about 20% of their tread on that gawd-awful road. I took a photo or two and headed back to the real road.

In for the Night

I arrived in Havre, MT just before sunset. This is good since I avoided a repeat performance of the Devils Lake mass bug suicide on my windshield. I considered pitching the tent for the night (it had cooled off a bit) but the only campground that wasn’t 10 miles out of town had no shade to speak of. Knowing full well that the bright sun expected the next morning would turn my tent into a oven a few minutes after sunrise, I elected to get a room for the night. (Besides, I’m on vacation, right?)

Murphy’s Pub a few blocks down the road provided a quite palatable dinner of fish and chips. While they were out of Woodford Reserve bourbon, they did have some Basil Hayden; not a bad fallback position.

For tomorrow, I need to decide what I’m going to do once I get to the mountains, which should be about mid-day.

One thought on “Following the Hi-Line on US2”