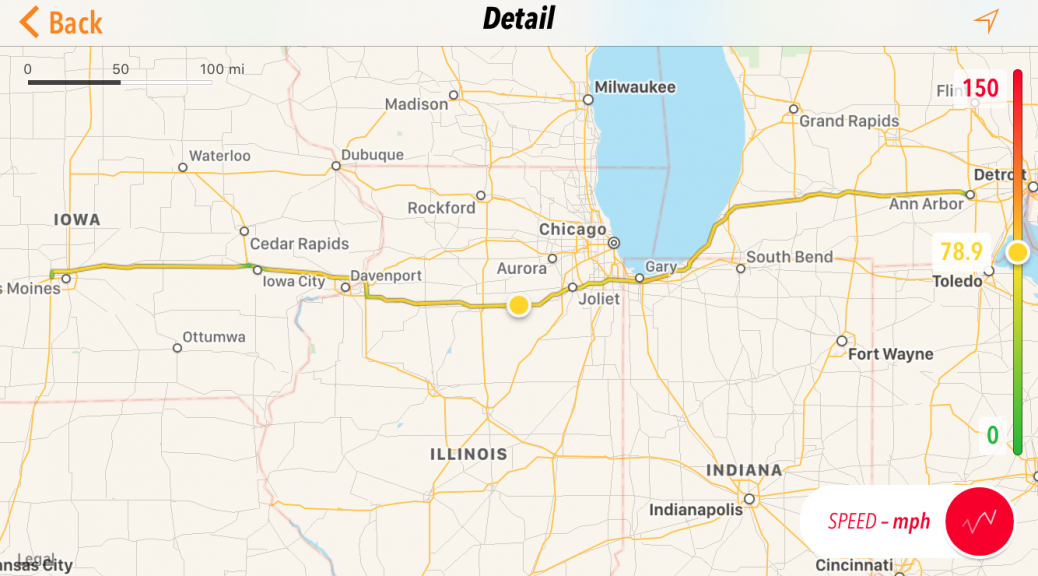 And herewith, my dear and cherished friends have screwed me over again.

They have conspired to schedule two wonderful fun-filled, food-filled, and riding-filled parties on consecutive weekends… on opposite sides of the country (and we’re not talking Lichtenstein). This will require me to haul ass from our home in Ann Arbor all the way out to California (through several mountain ranges), back home to pick up Karen, and then haul ass out to the Chesapeake Bay Area (the land of boats and righteous crab cakes), all in just over two weeks.

Damn them. Just damn them to hell.

The first party to attend is our normal journey out to Chesapeake Bay for the annual Memorial Day weekend MAMMARY netscum biker gathering. No, this isn’t an all-weekend wet t-shirt contest, as the name would suggest. It (probably) stands for Mid-Atlantic, Myersville, Maryland Annual Run, Yup and has been going on (in one form or another) since about 1997. I’ve attended more of these than I have missed and since this party may be coming to an end (or moving to another location), it is important to make an appearance at this one.

The new party to attend is the SPITS run hosted by the illustrious Fins and Vina just west of the foothills of the Sierra Nevada mountains in California. I’ll have to ask about the meaning of SPITS, yet another of a long line of acronym affectations created by various netscum over the years. I think it stands for Spring Party In The Saloon but I’m just guessing. (I really need to ask Fins about this and update this post.) Fins has scheduled this little soirée on the weekend immediately before Memorial Day weekend, thus filling my already bursting calendar with yet another biker party to attend.

For those of you familiar with the geography of the United States, you may have noticed that California and Chesapeake Bay are on opposite sides of a 2,500 mile (4,023 km) wide country. To attend both parties, without taking a full month of vacation, I’ll have to use the following strategy:

While this is hardly a full Iron Butt Rally (~11,000 miles in 11 days), it’s a fair amount of riding in the time allotted. This is exactly the kind of trouble I get into when I seemingly can’t turn down an opportunity to ride cross-country for practically no reason whatsoever.

Sauce for the Goose

Just to make things interesting, this is all happening in mid-to-late May. While this is late spring or early summer for many parts of the country, the folks at higher elevations call the month of May late winter. There is still plenty of snow in several of the passes that I’d like to include on the trip and two of the three passes I could take through the Sierra Nevadas are still closed.

The last time I did mountains in fringe-winter season, it was heading out to Redbeard’s SNIFF run (yet another acronym affectation) with Yo Adrian back in October 2013. We got snowed on three times on that trip, including a serious course correction on the way home to cross the mountains on a route that had the best chance of not requiring snow chains. I like the odds of a snow-free crossing in May more than October, but have been years where Tioga Pass in California barely got open in time for July 4th.

The Selected Tool for this Task

Enter the Nightowl, my BMW K1600GTL, which is entering its second riding season.

This awe-inspiring steed has all the creature comforts and safety features to devour the high-mileage days that are necessary on this trip. It also helps that it’s an absolute joy to ride through mountain passes. The bike is largely the same as last year with two exceptions:

Just to make things interesting, I had work tasks, bike tasks, and home tasks, all keeping me up late on the week before departing on this journey. Four hours of sleep was a good night’s rest. The bike tasks compounded the time crunch when my tire changing efforts destroyed my tire changing stand (Harbor Freight units), which cost me an evening of work on the bike and $130+ dollars of new tire changing stand purchases. The good news was that putting a new tire changing stand into service meant I had a reason to visit Mitch, the designer and manufacturer of the legendary Mojolever and Mojoblocks kits, who happened to live about three miles from my house.

The end result of the added time pressure meant that I couldn’t dash out on the road Friday night, as is my custom. Instead, I spent Friday night watching Guardians of the Galaxy, Vol. 2 with the girls and still stayed up until 3am to get the last few pre-flight checks finished on the Nightowl.

I woke up around 8am and decided that my late bed time afforded me another hour of sleep. My body, however, had other ideas and I woke up again at 11:30am.

Uh, time to get moving.

After packing, performing some required surgery on my Vanson jacket (I really meant to get those damn zippers replaced during the winter off-season), I met the girls at a local diner for a last family meal (very late breakfast) before I left. All told, I finally pointed the Nightowl towards westbound I94 at (gulp) 3:30pm.

My original goal was to split the ~1,200 miles (1,291 km) to Denver into two riding days. As fate would have it, the halfway point is in the middle of rural farmland in western Iowa and not very close to a decent-sized town with hotels or campgrounds, so I decided that anywhere at or west of Des Moines, Iowa would be far enough. With this late a start, Des Moines was still reachable, but I would have to ride with divine purpose and into the evening.

The vast majority of the routes between home and Denver have two things in common:

That means taking the slab, all the way to Denver. This is typical for me. Slab-blast through the boring stuff in the Great Plains and spend the time you saved in the mountains and canyons of the wild American west.

I took it as a good omen that the second song on my playlist after reaching I94 was the theme to the old TV show The Rockford Files. It’s a catchy instrumental that happens to make for a good road song. I made good time through Michigan and even the conjested stretch along Lake Michigan in Indiana and Illinois didn’t come to a complete standstill (that was a serendipitous change from the norm).

In Illinois I got to try out my other new toy that was added for this trip, an EzPass. With our (at least) annual travels out east, I’ve been meaning to get one of these to ease the pain of keeping track of toll tickets and digging for cash to pay tolls through Ohio and Pennsylvania. As it happens, the EzPass also works on the Tri State Tollway in Illinois, which insists on extending south to a sliver of highway between I294 and I94, which means anybody traveling west on I80, like I was, has to pay at least one toll.

After some research, I chose to mount my EzPass to the underside of the windshield, just below the metal cross-brace. This keeps it out of my line of sight and should provide a good read opportunity at the automated toll booths/lanes. To allow the adjustable windshield to lower all the way, which the Nightowl does automatically every time you turn off the ignition, I had to mount the EzPass upside down. This is described as something to avoid, but I read several testimonials from riders who had to flip the transponder without noticing a decrease in readability. In any case, I checked my account af the end of the ride and my transponder was read successfully at the I80 toll. It will get more thorough testing on the upcoming trip out east.

I crossed the Mississippi River into my fourth state of the day, Iowa, just before sunset. I love riding into the sunset. Something about chasing the daylight, watching the shadows lengthen and the sky change color. Eventually, the sun’s glare reduces to a mellow orange that you can watch directly without being blinded. After the sun sets, I enjoy the contrast of the bright (and colorful, depending on cloud cover) sky against the shadowed landscape. As twilight deepens, the stars begin to appear but only high overhead, away from the fading band of purple/orange at the horizon. The Great Plains affords good views of sunsets since the landscape is as flat as a pane of glass and sparsely forested. It makes for a great show.

After a last gas stop in Iowa City, it was just another 75 minutes before I exited I80 in the western suburbs of Des Moines, Iowa. It was still before 11pm, so I had made fairly good time given my late start. I found a room at a reasonably priced hotel and visited a nearby bar for a snack. The bar was nearly abandoned but I did strike up a very enjoyable conversation with fellow travelers Elyssa and Jarren.

So, if all goes well, it’s on to Denver (or thereabouts) tomorrow.