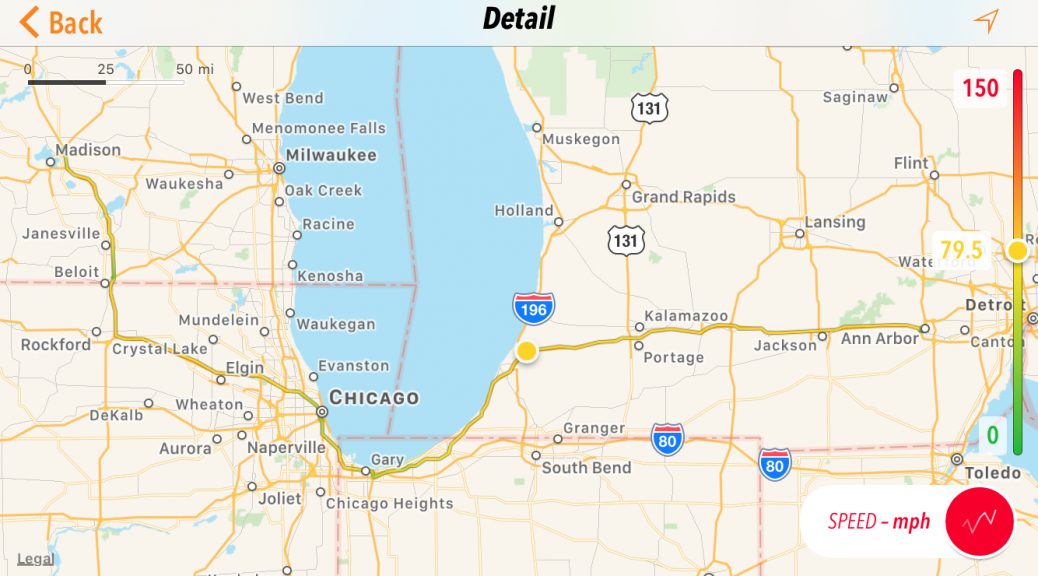 It was time to point a bike towards a long-running annual Par-Tay out west, but life was doing it’s best to get in the way.

One of the longest running annual gatherings in the annals of my group of online bikers happens every August in the jumble of islands that dot Puget Sound in the Pacific Northwest. The schedule for the Par-Tay wasn’t any different this year, so it really shouldn’t have caught me by surprise.

Perhaps is was my schedule, which busily surrounded the Par-Tay dates like the Mexicans surrounding the Alamo. Let me elaborate:

Then there was the scramble to get my work obligations in order. Some of that turned out OK; some of it was hampered by other dependencies. Not fatal, but frustrating.

Then there was the preparations to view the upcoming full eclipse during the trip back from the Par-Tay. I would need extra camera supplies (filters and tripods and such). I would also need a plan of where to view the eclipse. It would need to be within one day’s ride of SeaTac airport, where I would be dropping off Karen for a flight home the day before the eclipse. It would also need to not be overrun with other eclipse watchers, which could be a complicated goal out in the desolate regions of eastern Oregon and western Idaho, where there are only so many good places to view and even fewer roads to get the masses to those locations.

Finally, there was my chosen steed for this trip, the Nightowl, which had scheduled maintenance and consumable issues to manage.

The scheduled maintenance had been performed just before the MISFIT run, so I was about 1,400 miles into the 6,000 mile oil change interval. With a typical Par-Tay cruise running between 5,000-6,500 miles (depending on how much I weave through the mountains), I’ll have to do an oil change sometime during this trip. I’d usually do it during the Par-Tay (as a featured source of entertainment for the other attendees), but this year that will likely come too early in the interval. So it looks like I’ll do it somewhere along the route on the homeward (eastward) leg.

The consumables that needed minding were coolant and tires. I’d just performed the most involved scheduled maintenance on the Nightowl just before MISFIT: the valve lash check. Everything was in order, but the process for filling the radiator almost always traps air, so you end up topping off the coolant reservoir several times as you ride after the service is complete. I had a dry reservoir after the MISFIT run and had topped it off again, but I was hoping that this was the last top-off, since I wasn’t going to be carrying coolant with me this trip.

I agonized over the tires more than I needed to. I’d installed a new set of Metzeler Roadtec 01 tires back in May just before the run to both coasts (SPITS/MAMMARY) and had put more than 7,700 miles on them already. I knew they were supposed to last longer than the stock Metzeler Z8 Interact tires, but there was no way they would last through another 5,000+ miles. With the Vector and Cruiser, I generally went through two (or three) rear tires for each front tire, but the Nightowl seems to consume them equally. I bit the bullet Monday night and installed both new tires.

Work obligations kept me occupied on Thursday night, the evening I would generally pack in anticipation of dashing out as soon as I could after work on Friday. I even arranged to work from home on Friday, but other obligations, like picking up my leather jacket from a shoe/leather repair place where it was getting a new zipper installed, took up extra time and I found myself dragging my feet when I should have been packing. I didn’t want to leave late Friday night, especially when I knew I could get to Spokane in three days if absolutely necessary, so I stayed the night. Saturday I slept in, ran still more errands (new tripods for the eclipse shot, new chain for a boot strap so it would fit on my new waterproof (supposedly) boots). Finally, just before I was going to leave, I was putting on my chaps when I noticed how dried out they were. There went another hour as I conditioned both my chaps and jacket.

I finally kissed Karen goodbye and got on the road a little after 5pm, so a full day behind what I usually would have done. The delay is not fatal by any means, but it does limit my options for taking scenic routes on the way west. My only hard deadline is picking Karen up at the airport Wednesday night in Spokane, WA. 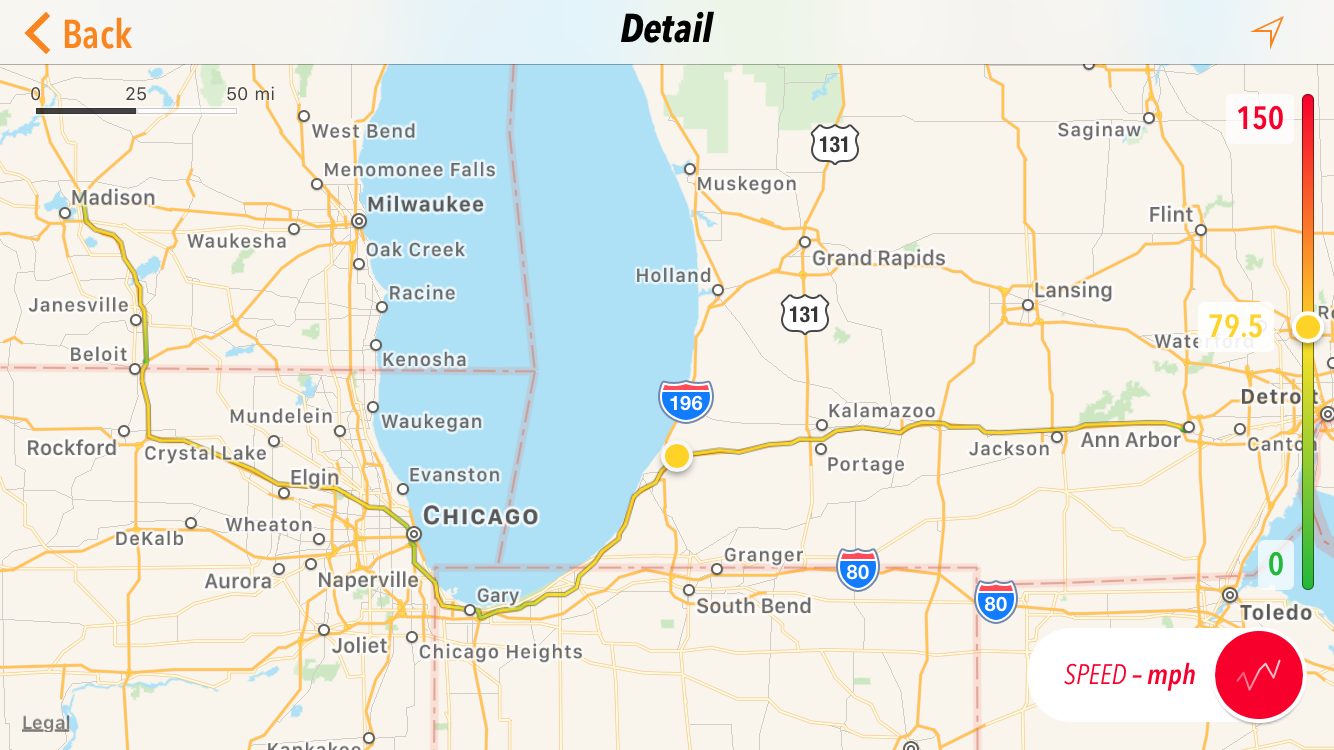 Now that I waited so long that I only had the evening to work with, I decided that my normal Friday-night-departure-to-points-northwest destination of Madison, WI would work just fine.

The Nightowl had over 150 miles left in the tank, so I dispensed with the customary start-of-the-trip fill-up and just got my ass on the highway. Being a Saturday evening, the traffic was light and I was able to make great time across Michigan. I did have to stop for gas before that Indiana border, but the stop was quick. A quick glance up into the front fork well in the fairing found that the coolant level had not drained further; perhaps I finally got all the air pockets to burp out of the system.

The Waze navigation app that I use during my trips has a configurable voice, but I use the default female voice. Consequently, when she gets irritatingly persistent about directions or routes me down a goat path (like on the way to MISFIT), I refer to her as Waze Bitch. Yes, it’s chauvinistic. Deal with it.

This time, the Waze Bitch was getting creative in routing me around Chicago. I don’t often take the Chicago Skyway shortcut to avoid the Bishop Ford and (most of) the Dan Ryan freeways because it’s pretty expensive, but there was apparently a 20 minute traffic delay near the Indiana/Illinois border and the Skyway would bypass that. Instead of directly routing me from I94 west onto the westbound Skyway, the Waze Bitch took me down another exit, onto a parallel highway, and finally onto the Skyway about five miles down the route. Why? Only the servers that give the Waze Bitch her intelligence know for sure.

The good news, two-fold, was that:

I love riding through downtown Chicago. There are those that preach the benefits of the I24 bypass around the suburbs of Chicago, but all to often I294 backs up too and you end up taking just as long but paying a premium for the privilege. It was apparently a game night for the Chicago Cubs; Wrigley Field was lit up like a Christmas tree in the dwindling light. As a bonus, the low angle of the sun in the sky and provided stark contrast between the red light of the setting sun reflecting off the west side of the skyscrapers while the east side of the same buildings was in twilight shadow. In a perfect world, I would have captured several photos, but I was busy trying to evade traffic and keep from becoming a hood ornament on other cars.

The traditional congestion in the core of downtown started to let up as we traveled north on the Kennedy Freeway. By the time I90 and I94 split in the northern suburbs, I was making good time on I90 towards O’Hare airport and the tollway beyond that would take me into Wisconsin.

The sun was gone and the night had fallen by the time I reached Rockford, IL and the night was getting chilly. I stopped just north of the Illinois/Wisconsin border for gas and momentarily pondered whether I wanted to push on to La Crosse, WI at the Minnesota border. It would be an additional two hours. Since I’d already ridden from Madison to Rapid City, SD (my goal for Sunday night) several times, the extra two hours tonight didn’t seem like they provided much of an advantage. Besides, the first of those two additional hours would be through the portion of the I90 corridor in Wisconsin most likely to turn into Wild Kingdom at night. I decided that Madison would do just fine. I used my iPhone to search for rooms in Madison and went ahead and reserved one right off the highway.

An hour later I exited I90 at Madison and went in search of a late (post 10pm) dinner. I was hoping for the IHOP I knew was here but they were closed for the night (I missed it by 15 minutes). There was an Applebee’s across the street and that would do just fine for something light before bed.

After a quesadilla and a bowl of French Onion soup did their part to warm me up, I bid the helpful waitress farewell and wandered the half-mile to my hotel room. I considered the possibility of writing up the day’s report, but decided that sleep was more important (sorry, readers, I do occasionally need to sleep).

On Sunday (tomorrow), I need to get my butt to Rapid City, SD so I can attend a military funeral for a friend at noon on Monday.