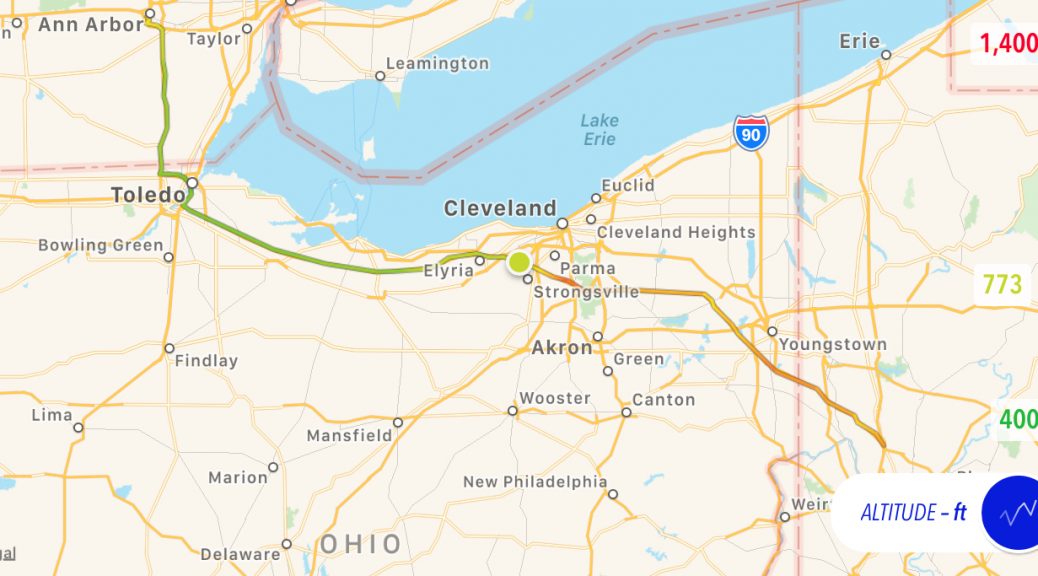 The traditional first (but not always first) motorcycle tour of the season is the MAMMARY run out to the Chesapeake Bay area near our nation’s capitol.  We got a later start than usual.Work obligations and home projects that needed finishing before our departure for a long weekend were keeping me from concentrating on the Nightowl and packing for the trip during the evenings leading up to this weekend. Consequently, I was finally able to work the Nightowl’s to-do list and begin packing about three hours before Karen was due to arrive home from work. The plan had been to leave as soon as she got home. Somehow I don’t think she was going to be the critical path this year.

The Nightowl had a few minor and cosmetic issues that needed addressing before departure:

The first three of these items were fairly simple and didnt’ take much time. Some alcohol and a few C-clamps had the side covers installed and clamped in place for the adhesive to set up a bit before we left. Some auto trim tape fixed the interceptor badge. A little JB Weld fixed the 20S antenna.

The FM radio antenna problem took some troubleshooting investigation and a trip to the hardware store to fix. I’ll post another story about this task (spoiler alert: I did get it fixed).

Karen pulled in the driveway while I was madly spraying Honda Spray Cleaner on the Nightowl to remove as many bug guts as possible in the tiny amount of time I had available.

Keep in mind that I hadn’t even started packing yet.

Karen had packed the night before. I still had to pack some clothes, the camping gear, and get it all install on the Nightowl before we leave.

Rushing around like a chicken with it’s head cut off did get the job done in record time, but now I was sweaty and needed a quick shower before departure. After a quick cleaning and fresh set of clothes, we suited up and headed down the road.

Since the scenery isn’t exactly awe-inspiring, almost all of the reasons for an interesting trip from Ann Arbor, MI to Warrendale, PA are bad news.

So it was a good thing that this trip was a boring one.

We had good weather; sunny skies and warm early-summer temperatures. We had a little wind from the south but nothing you’d complain about in a blog post. The Nightowl ran well and the traffic was light enough to make judicious use of the cruise control.

Since I hadn’t topped off with gas before we left, we only made it to the Commodore Perry Plaza on the Ohio Turnpike before we stopped to fuel the Nightowl and ourselves. The Nightowl got premium. We got Burger King. With the late start, we were eating just after 9pm, which means that the more interesting options at the Plaza food court were already buttoned up for the night. Even a Burger King burger isn’t completely sucky at the end of a busy day if you’re in a hurry, so we ate up and got down the road.

My buddy Bluiz had made the trip ahead of us earlier in the day and was already checked into a hotel at our destination for the night before we even got the Nightowl out of the garage. He gave us a brief road condition report, which lamented the number of construction zones along the Ohio Turnpike.

Construction zones? More like construction regions or construction countries. They almost all involved the closure of one or sometimes two lanes. On a three-lane highway with light traffic, this isn’t such a big deal. The problem is the posted 50 mph speed limit in these regions, which combined with the extended length of these zones made them seem to last forever.

Also, if you’re going to end a 20-mile long construction zone and start the next one 1.5 miles down the road, isn’t that a bit of a tease?

In spite of my bitching, the construction wasn’t all that bad. They didn’t cause any major slowdowns and we managed to make decent, if not completely legal, time through them.

Chilly Towards the End

As is almost always the case on a post-work-day ride across Ohio and into western Pennsylvania, there were two significant temperature drops.

The first comes soon after sunset. You ride east-south-east with the setting sun dominating the view in your rear view mirrors. Soon after the direct sunlight disappears, the chill arrives.

The second chill occurs when you enter Pennsylvania and start riding up and down the wooded valleys that define the landscape north of Pittsburgh. Every time you dip into a valley, the temperature drops a few degrees.

We pulled into our hotel parking lot off the Cranberry exit a little after midnight. After grabbing a few bags and checking in, we were settled and had plenty of time to get a good night’s sleep because we had no reason to get up at the butt-crack of dawn the next morning.

That is, unless, somebody insists of writing up a trip report before going to bed.