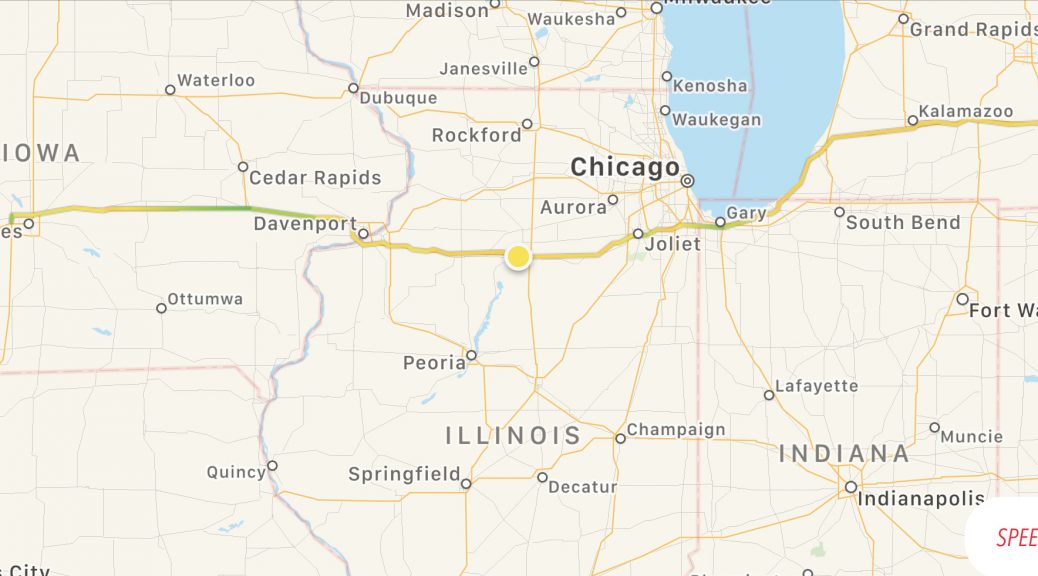 Dennis and Vina are hosting the not necessarily annual Party In The Saloon (PITS) out in California… and that’s all the justification required for me and a few friends to ride across the country to attend.

This is what happens when I end the summer with two weeks of unused vacation languishing in my back pocket. Someone announces a party three time zones away and I casually say, “Yeah, I have to go”. Besides, it will be cool to be the farthest rider (Michigan to California) to attend the event.

It turns out that my friend Yo Adrian from Ontario wants to go to. The my friend Pete from out in Virginia raises his hand to join, and he’ll bring his brother John.

All of a sudden, my solo cross-country trek has become a pack ride.

Unfortunately, Yo had unexpected familial obligations that forced his exit from our happy band of cross-country bikers.

But that won’t eliminate eastern Canada from being represented at the party. Tud and Ange from all the way the hell out in Nova Scotia are going to attend. Given the extra distance (and a near-required overnight ferry ride), they get a pass to take a flight to Las Vegas, where they will rent a bike for the last day-and-a-half of travel to the party.

Not wanting them to sojourn across a foreign country all alone, Pete, John, and I will steer our path into Vegas to meet them on Thursday and ride the rest of the way together.

Pete and John left Virginia Saturday morning (one week before PITS) and rode all day to get to Ghost’s place in Michigan. It was a chilly fall day but they managed to arrive before dark with plenty of time to go out for dinner.

The first couple of days are going to be slab-blasts across the Great Plains in an effort to spend more time in the “good stuff” out west. That means no scenic photos to show. No turn-by-turn descriptions of fantastic curvy roads that were traveled.

Instead, there were lots of Interstate highway miles, in this case, highways I94 and I80. As such, there were only a few highlights to report:

We pulled into Des Moines and found our hotel at 6pm. After securing rooms and unpacking, we jumped back on the bikes for a quick ride up the street to the Machine Shed restaurant. (This is the same small chain as the one in Davenport, IA that I’ve written about before.) Good drink was consumed; good food was eaten.

The goal is to get through the rest of the plains so we can start into the Rocky Mountains first thing on Tuesday.