When Karen and I travel out to Mitch and Kathy’s, we usually leave after work on a Thursday and ride as far as we can that night. This leaves a manageable ride on Friday, resulting in an arrival time before dinner so we can have a full evening communing with friends that we see all to rarely. However, for the trip home, we have two full days (Sunday and the Memorial Day holiday on Monday) to travel so we generally indulge in a longer route that involves fewer miles on the superslab (that is, interstate) highways.

This year, we scheduled a brunch with some of Karen’s friends in the Baltimore area, with plans to meet in the old downtown section of Annapolis at 12:30pm. This would eat into our time advantage for the trip home, but we weren’t worried.

Since we had to pack up all the tent gear, we got up a little earlier at Mitch and Kathy’s. We were all packed up and nearly ready to go by 11:30am, so we had some time to loiter and say goodbye to others who’s schedule demanded earlier departures.

We finally suited up and bid farewell to our hosts around 11:40am. We rolled up MD-2 and took West street into the old section of downtown Annapolis. We actually arrived a little early and were able to score a parking spot on the street. Even better, the spot directly behind us opened up and Ghost was able to hold it for a few minutes until Karen’s friends arrived.

Mtich had suggested the Ram’s Head Tavern for lunch and we saw no reason to venture further. Karen had a shrimp sandwich and Ghost had a Monte Cristo sandwich. Good conversation and much laughter ensued. After lunch, we dropped the leathers and helmets in our friend’s car and wandered down to the dock in downtown Annapolis. There is some truly lovely architecture here and the streets were filled with people enjoying the holiday weekend (see attached photos).

After a nice walk, we found our way back to the vehicles and we proceeded to begrudgingly don our leathers for the hot ride out of town. (90-degrees F, bright sunlight, and dark leather are not the most comfortable combination on earth.) We finally fired up the Vector and pointed it west around 3:30pjm. So, here we are, in sight of the Atlantic Ocean, and we now have loitered away most of our full Sunday.

We escaped from downtown Annapolis with blessedly few stop lights catching us to sit and bake in the hot sun. We found are way back to the dreaded I-495 beltway and eventually headed west on I-66 out of the DC metromess. The plan was to ride out to US17 and then north through a nice valley to pick up US50 west. Unfortunately, traffic started to back up on I-66 and we were forced to get on US50 before we wanted to.

US50 west out of Washington DC is not a bad road, it’s just not very efficient. There are too many stop lights. Still, once you get 30 miles or so away from the beltway, it gets a bit more rural and you spend a lot of time gawking at the palatial homesteads and manicured horse farms. It would be good to be king.

After using I-81 and the north end of the Winchester bypass to get to north US522, we searched for a road that our friend Ray had suggested. MD127 is easy to miss. There’s only one sign for it and it occurs at the intersection, not before it. (I confess, we had to pull a u-turn to get back to it.) MD127 was a lovely road and led to route 29 north towards Paw Paw. Plenty of nice roadway winding through lush forests and rolling farms. Quite enjoyable indeed.

Ray had warned us about speeding in Paw Paw, WV. Apparently, the local authorities consider speed limit enforcement a pure fiscal opportunity. Sure enough, when a local wanted to pass us on route 29, we let him go, only to see him nearly squeal his tires to slow down when he entered Paw Paw. We followed suit and noted that no other car moving through Paw Paw was proceeding at much more than an idle. So, you have been duly warned: those who speed in Paw Paw do so at the risk of their own doom.

Without all the loitering earlier in the day, I might have spent more time on the stretch of route 51 that we traveled. Route 51 follows the old path of the C&O (Chesapeake and Ohio) canal, that connected these respective watershed valleys. They have preserved several of the old locks and it would have been fun (for me, anyway) to check them out. Alas, we had already done our loitering for the day and we had to get our butts down the road.

We stopped in Cumberland, MD to rest those same butts from the long session in the saddle. We scoped out the possible routes from here and decided to jump on I-68 and head west to Morgantown, WV for the evening. With the weather being so hot today, we were both in the mood for an air-conditioned hotel room. Checking the Vector’s gauges, I could see that reaching Morgantown on the gas we had would be tight, but we decided to try it anyway.

As superslab highways go, I-68 does not suck. Plenty of elevation changes and nearly no long stretches of straight road. Instead, the highway sees to be in a constant state of sweeper curve; a little tighter, a little looser, then left, then right, but almost never straight.

Unfortunately, each climb over a mountain brought darker and darker cloud cover. Then flashes of lightning could be seen to the northwest. I-68’s path, however, did not fail us, always turning south or west just when it looked like the bad weather approaching from the northwest would chew us up and spit us out. We did get to ride up into a cloud a few times to crest a mountain pass, but we had yet to get wet.

Note: The Vector has two “distance-to-empty” gauges. One is the stock gauge that uses the gas tank sender for input. The other is the VGauge, which uses the total capacity of the tank minus each and every squirt of gasoline expended since you reset the gauge at a gas stop. The VGauge has never lied to me yet.

The gauges both told the same sad story: we would need to stop for gas before Morgantown. Than meant pulling off the road and sitting still for several minutes while the nasty thunderstorms bore down on us. Ghost ran the gauge down to 11 miles to empty before giving in and pulling over for a Sunoco station that was fairly close to the interchange. We arrived, fueled up, and the heavens opened.

Bummer, it caught us.

We ended up waiting about 40 minutes at the gas station, which was also a fairly well stocked convenience store, before the rain let up enough for us to get on our way without raingear. We used the time to get a bite to eat. After consulting the weather radar, Ghost is convinced that if the Vector had another 0.5 gallon of gas in the tank, we would have beat the weather.

Alas, the best laid plans of mice and men…

We did finally reach Morgantown, WV and managed to snare a room at the Super8. It looked a bit dicey when we arrived since the parking lots were filled with bikes from everybody going home from the Rolling Thunder rally, but they still had rooms left.

After unpacking, we wandered to a Ruby Tuesday across the street for a quick bite and a drink. Now, it’s time for some rest before we tackle the remainder of the trip home tomorrow.

We better not loiter around so much tomorrow, or we’ll never get there.
😉 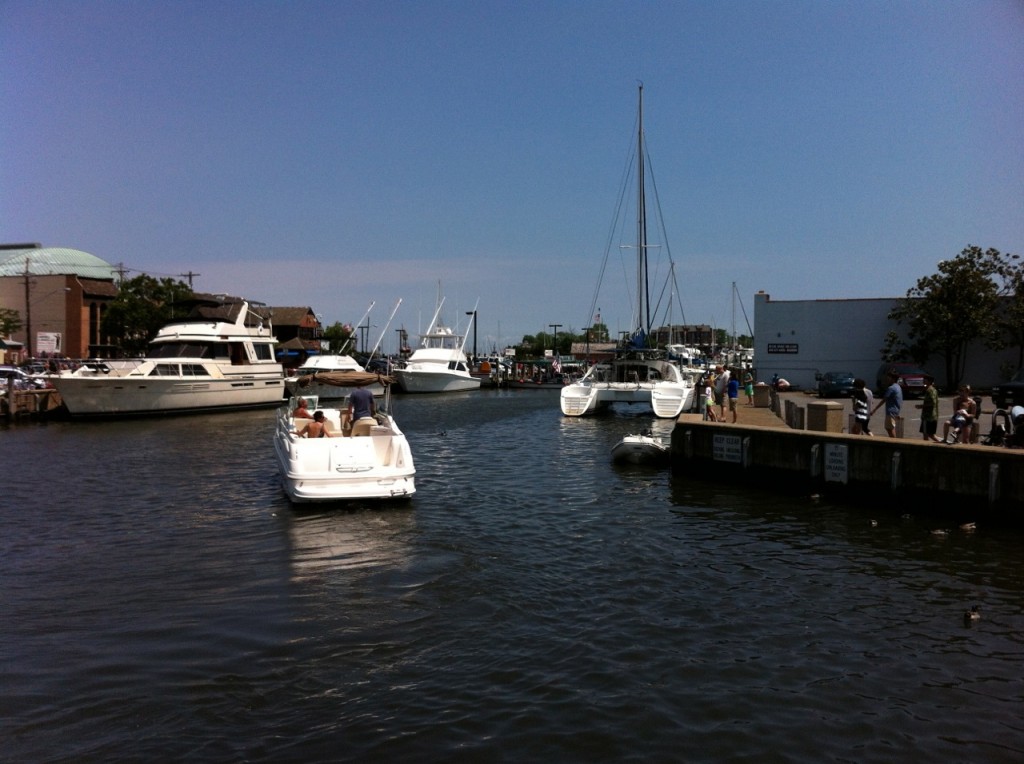 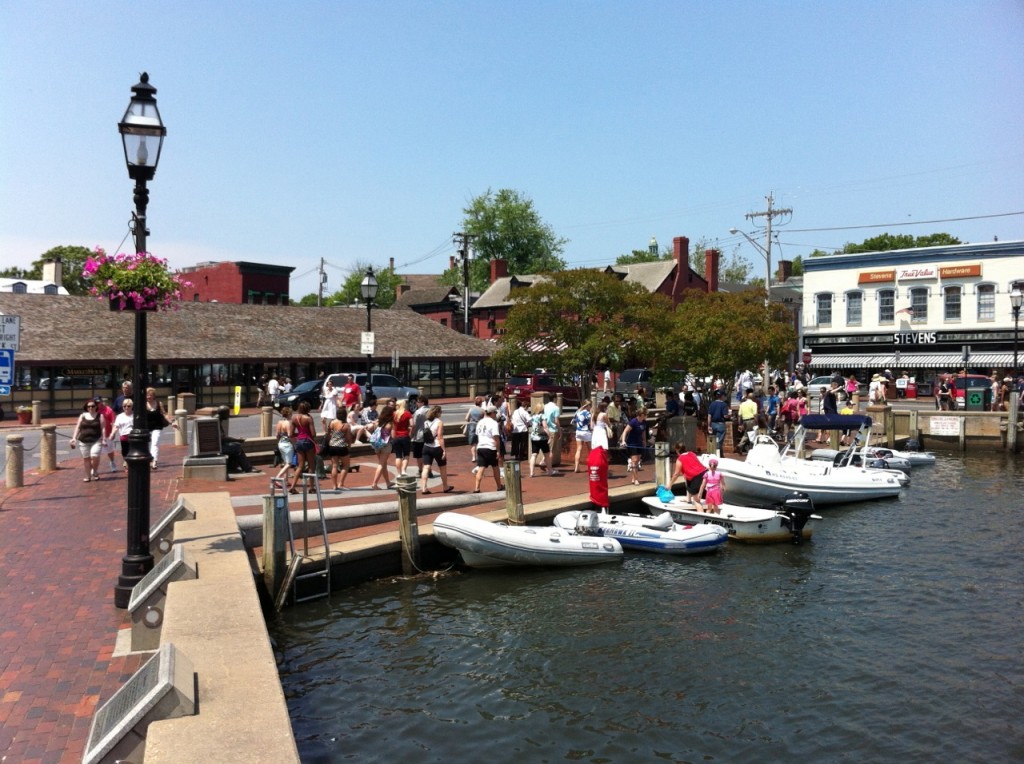 The following was the route for the day: