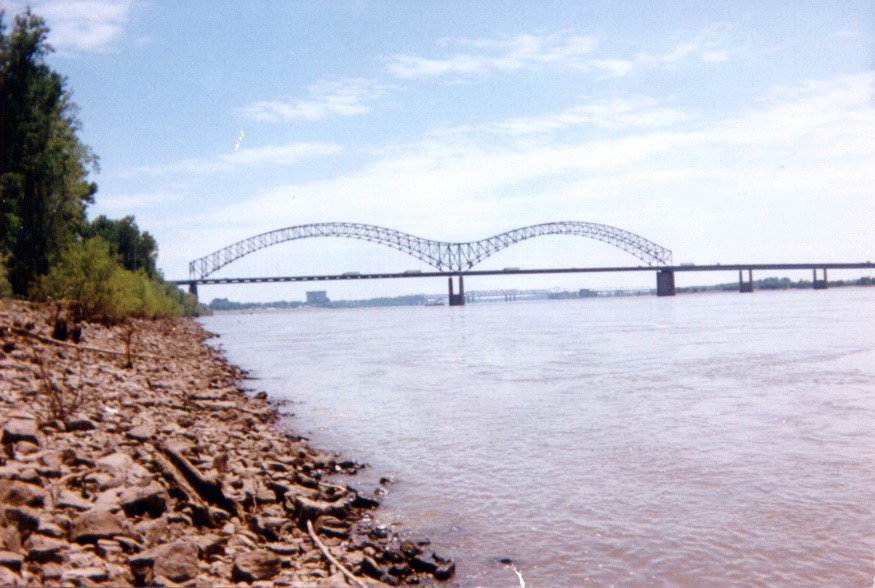 A shot of the I-40 bridge crossing the Mississippi River.