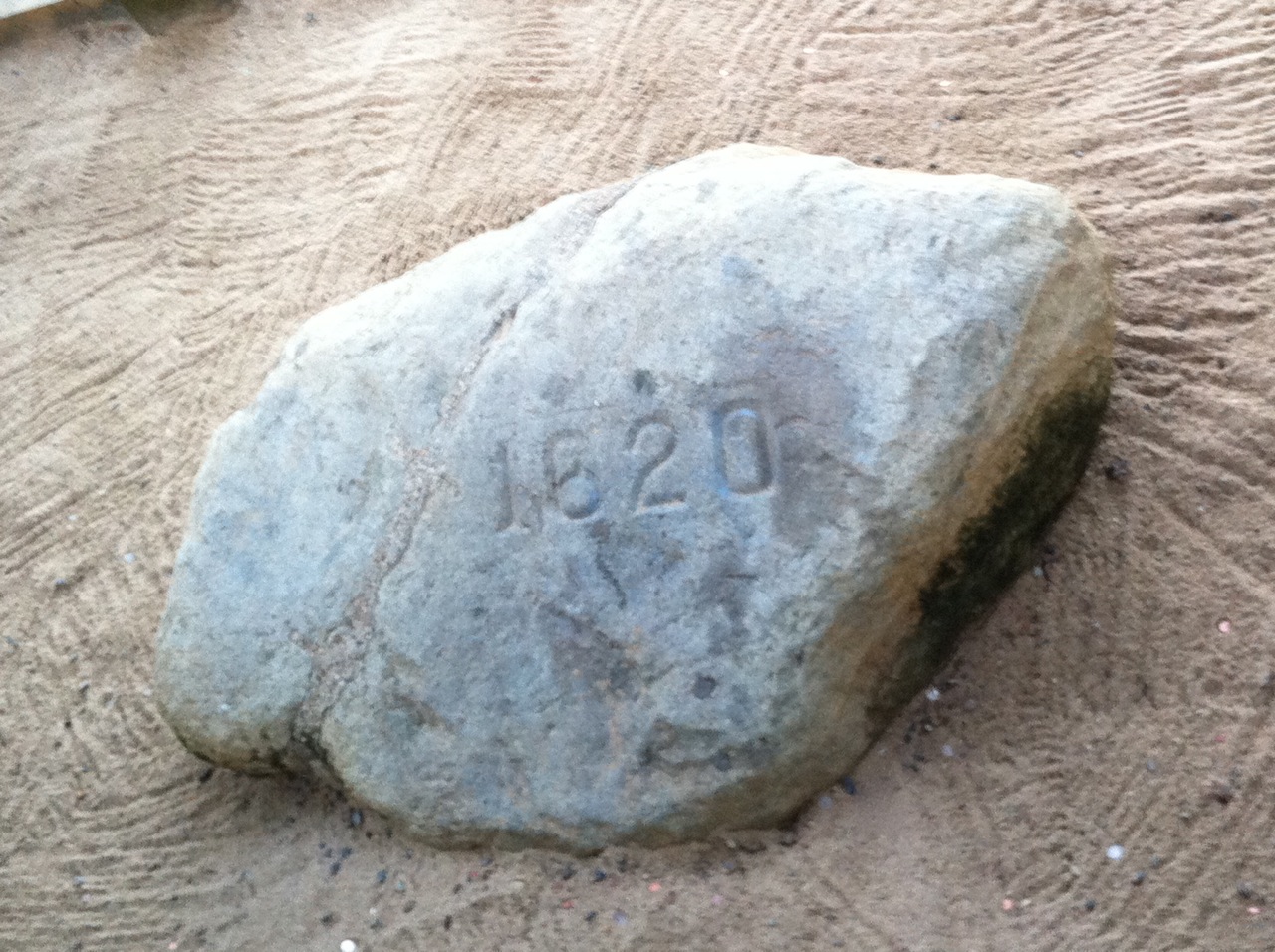 Plymouth Rock, where the pilgrims are supposed to have landed in 1620. Of course, they really initially landed on the tip of Cape Cod near current-day Provincetown and moved to the mainland a bit later when they decided it would be unsafe to winter on the Cape. There wasn’t actually a ceremonial and symbolic “rock” until the mid 1700s. This rock was split in two, moved around, finally had the “1620” carved in it in 1880, and moved back to it’s current location sometime in the 20th century. Still, it does serve a purpose as a historic symbol.