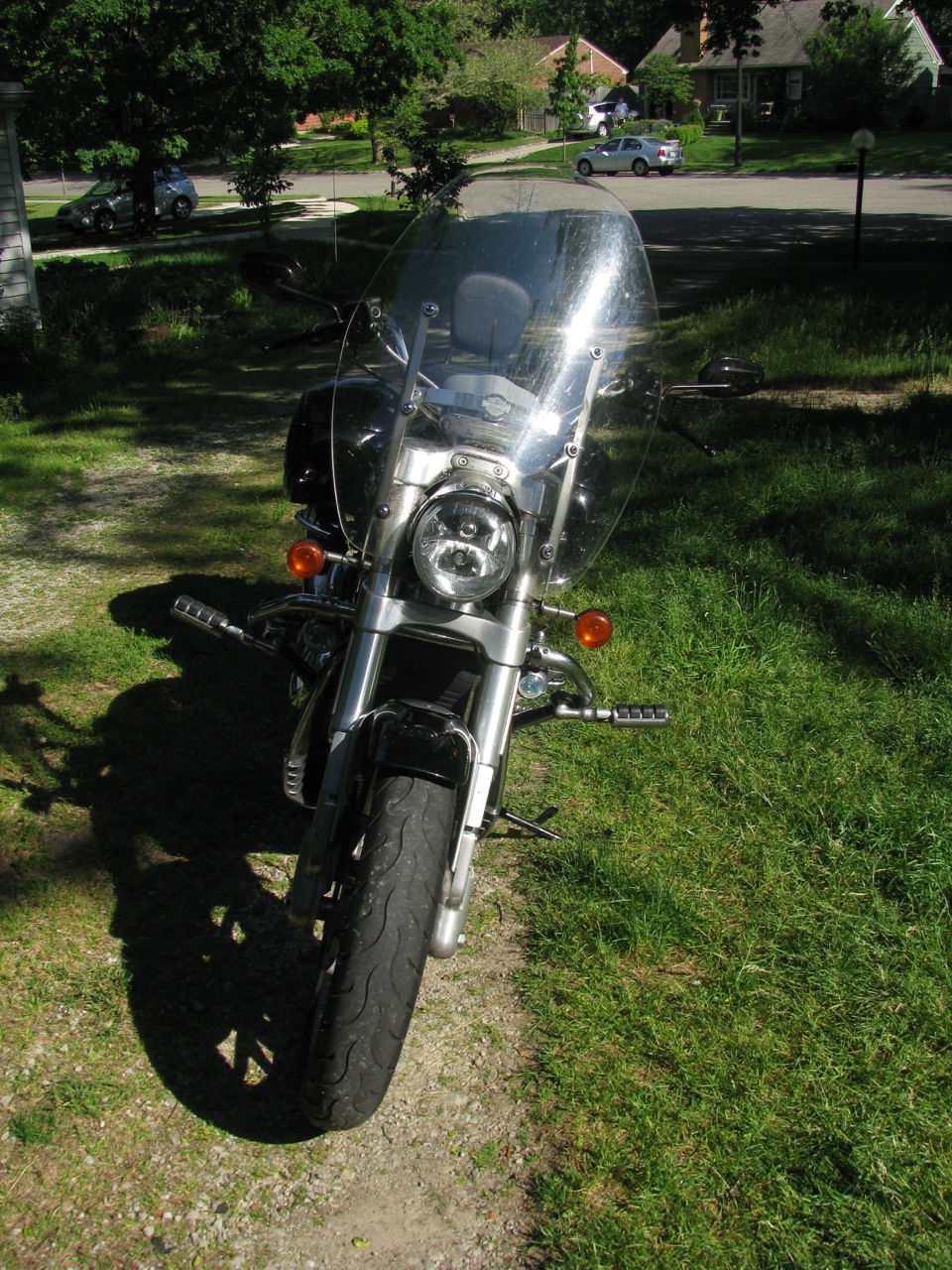 Result of several intermediate versions that were never photographed. Version 1.3 (April 6, 2008) added a new headlight visor and chrome louvered side covers. Version 1.4 (April, 30 2008) added the chrome engine cover kit and a braided stainless coolant hose. Version 1.5 (August 2008) added an improved breather seal and a chrome coolant hose cover. Version 1.6 (April 2011) added a USB power supply for the iPhone. Version 1.7 (May 2012) added a higher backrest via the Padaptor from the Engineering Artisan and a new backrest pad from a FX Softail. Also added Kuryakyn Iso Wing footboards for the passenger.

One thought on “Helmets and Helmet Laws”